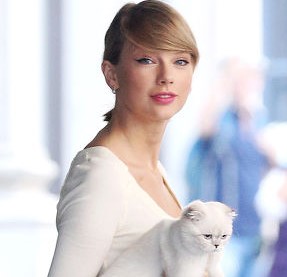 Taylor Swift’s Cat Is Worth How Much??

cosmo January 3, 2023 The Cosmo and Kat Show Leave a comment

Taylor’s cat Olivia Benson is worth a shocking $97 Million dollars! (Nope! Not a joke!)

Olivia made her first video cameo in Taylor’s “Blank Space” video, which has been viewed over 3 BILLION times. Plus Olivia, a Scottish Fold cat brings home some cash as an Insta influencer, she’s also been featured in TV commercials for AT&T, Diet Coke & Ned Sneakers plus a few more.  Oh yes, don’t forget about the Olivia Benson merch line as well!

No word on how much Taylor’s other cat Meredith Grey is worth or if she is jealous of her cat sister’s new ranking of #3 on the Top Richest Pets list. The first two spots on the ranking are #1 Gunther VI, a German shepherd owned by the Gunther Corporation who is worth $500 million. #2 is Nala Cat, a kitty with more than 4 million followers on Instagram, who is reportedly worth $100 million. Right behind Olivia are Oprah Winfrey’s dogs—Sadie, Sunny, Lauren, Layla and Luke—who are estimated to be worth $30 mil.