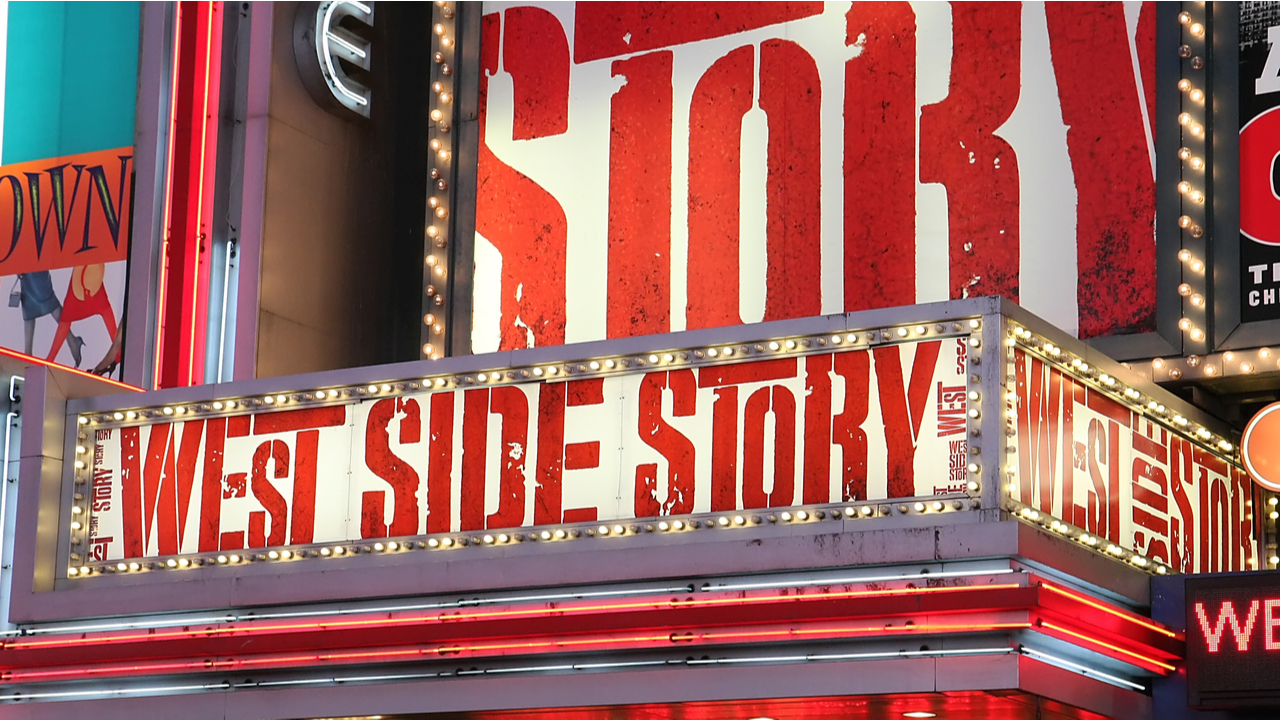 We’ve missed concerts. We’ve missed sporting events. And we’ve DEFINITELY missed movies in the theater. So the fact that so many movies are dropping trailers for 2021 releases has everyone like

Now for those who are musical theatre fans, we’ve also missed live performances. Movie musicals, then, are like

Enter the NEW version of West Side Story! Any person who was in theatre for a few years has been in this musical at least once, and 🎶 When you’re a Jet, you’re a Jet all the way, from your first cigarette to your last dying day! 🎶

Even if you’re not a musical person, you’ve likely seen references to this musical in the way of a gang of people all snapping at you…

And if you’ve never seen or paid any attention to the story line, you’ve at LEAST had to read the inspo text in High School in the way of Shakespeare’s Romeo and Juliet. Rival gangs, people fallin’ in love with people not  in their own gang, big fights, people die… you know the story.

All adaptations are set in 1957, although that’s when the first show was performed on Broadway, so then it was “present time” but the costumes and the hair, it’s all fabulous. The original movie adaptation came in 1961. Can you tell I kind of love this musical? It represents to me a reallllly fun time I had in High School as part of the cast, so I have very fond memories with every song, every snap, and every twirl in the school gym.

So I will DEFINITELY be making this an in-theater experience when the West Side Story remake hits theaters in December. The first teaser was just dropped during the Oscars last night.

What do you think? Are you ready for the remake or are you content with the original?