For the 5th Year, Y107’s Morning Show will be holding a wedding, LIVE, on Valentine’s Day.  But because it’s year #5, we’re going even BIGGER!

This year, we’ve teamed with Buchroeder’s Jewelers to marry not just one lucky couple, but 5 couples!!! And thanks to Buchroeders’s Jewelers, each couple will receive their wedding bands for FREE!  We’ve also realized our studio is too small for 5 couples, so we’re moving the whole morning to The Blue Note!!  How cool is that?!?!  And once again, our own Lauren is the officiant, and Schaefer Photography, Inside Columbia’s 2021 “Best Of Columbia” Best Wedding Photographer, will be the photographer! Additionally, each couple will be able to cut the cake, with their own cake thanks to the Conley Road Hyvee Bakery, while each bride’s bouquet will be provided by Paisley BowTique & Floral Design in Fayette! And the Blue Note will be looking AMAZING thanks to Andrea Lyn Events!

Let’s just say, the day will be EPIC!  And you can catch it all LIVE on-air Valentine’s Morning, (Monday, Feb 14), with the processional shortly after 8a.  We’ll also be live on Y107fm and Y107MorningShow on Facebook starting around 8a, including extended footage of the cake cutting, document signings, and first dances.

But who are these couples?  Let’s meet them! 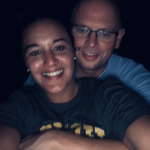 We met in a place I would never expect to find my soulmate..Prison. I was training to be a a corrections officer. Kanon was a CO (correction officer) and took me under his wing. He showed me the ropes and made sure I was safe. Being a young female going into an a all male prison was scary. But with Kanon by my side I felt confident. We started dating after a few months, within a year I was on day shift with him and life was great. The next year I promoted and we were expecting a baby boy. I worked with Kanon’s help until the day before we had our son. Since then I have been home with our son and our kids from previous relationships. Together our family consists of Kanon, Me, my son Carson, his daughter Emersyn and our son Kaison. We’d love nothing more than to officially join our family and be one together. We’re in this for the “life sentence”lol regardless. 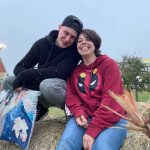 Nick and I have been together for 4 1/2 years on February 15th this year! We met working together in Denver 5 years ago and before our first date we knew that we would get married one day. Now we have moved across the country twice together, finally settling down in Columbia, and we have a beautiful (almost) three year old daughter. Every year we celebrate our half year anniversary together with our Valentine’s Day just because. Last year, during our dinner, Nick proposed to me! We have discussed eloping quite a few times because a huge ceremony was not really our thing. We think it would be perfect to have a small ceremony with you guys on our (almost) half year anniversary! 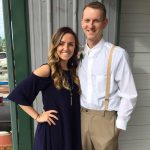 We’ve been engaged for almost 4 years….! Yikes, I know. Between nursing school and three kids later we just haven’t found the time to plan and pay for the big day. We’ve talked multiple times about just going to the courthouse since neither of us want a big and flashy wedding, but again we’ve just never made the time for ourselves. The Y107 wedding sounds like it’d fit our personalities perfect and very memorable! 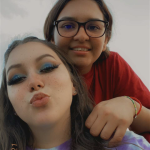 It all started one day in a class that we had together in college as sophomores. I fell thru a chair as I was trying to sit down in it. Yes you read that correctly. Since that day we became inseparable friends that eventually lead to something more. A few years later we go to the most magical place on earth Disney World!!! And in front of the millennium falcon in Star Wars land I proposed to her!!! She of course said yes! (That probably would have been a little embarrassing if she had said no.) We have been engaged for almost a year now and we have no idea what we would want to do or when we want to get married. So why not do it on the radio. 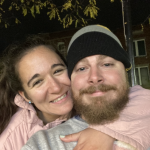 We met on Facebook dating. I went over to her house and we watched serendipity and talked all night. After that I couldn’t stay away. She has this energy that is contagious and the most beautiful smile. Truly my best friend. We are pretty spontaneous and it would just be awesome to do something like this. The sooner the better!