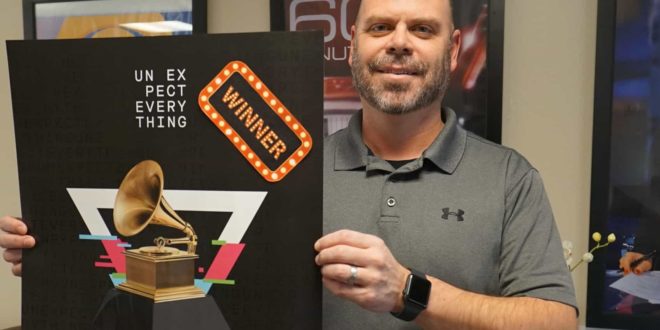 Congrats to Tony Brooks of Jefferson City for winning the Y107/KRCG 13 CBS Ultimate Grammy Flyaway trip! He and his wife are headed to LA this weekend!

The Grammys will air this Sunday LIVE on KRCG 13 CBS at 7p and Tony will be there! He also scored the round-trip airfare, 2 nights hotel plus tickets to the official Grammy after party & the Grammy museum.

Be sure to catch live performances from some of your favorite Y107 artists like Lizzo, Billie Eilish, Selena Gomez, the Jonas Brothers and more!