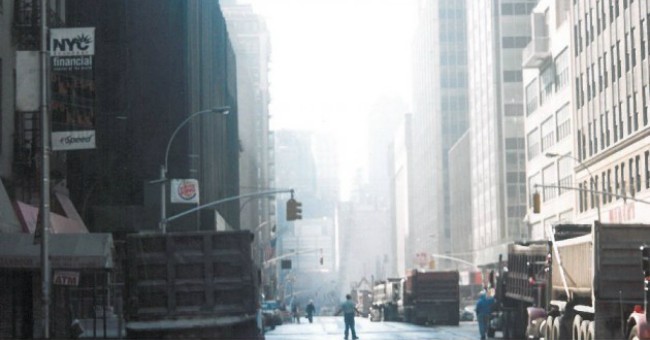 I couldn’t wait for that week in September. I had a radio conference coming up in New York City. 3 days of clubs, and bands, and conferences in one of the nation’s biggest and coolest cities. Bring it on! Just one more day of work.

I remember my mom woke me up from a dead slumber, around 7:50a. I was annoyed, as my alarm wasn’t set to go off for another 30 min or so. She was heading to work and woke me up with the news she didn’t think I’d be going to New York the next day, as a plane just crashed into the World Trade Center. I shook it off. I knew she was nervous about me going in the first place. Her baby in the big city. So I shook it off and quickly passed out again.

Shortly after 8a, the phone rang. SERIOUSLY? Let me sleep. I let the machine get it. But they called right back. And again. So I got up and answered finally. It was my brother in law this time, asking if I could take him to the base, as he was in the National Guard. I was seriously confused. Dumbfounded at my cluelessness, he told me to turn on the news and he’d find someone else. WHAT WAS GOING ON. I’d given up on going back to bed, so I flipped on the news.

And the world had changed.

That day was like nothing else. I finally pulled myself away from the TV to get to work, as they were confirming a plane hit the Pentagon. Sitting at a stoplight, the first tower collapsed. The light turned green, but I couldn’t move and sat there in shock.

I finally got to work, at Blockbuster, and flipped on the TV. Then the second tower collapsed. 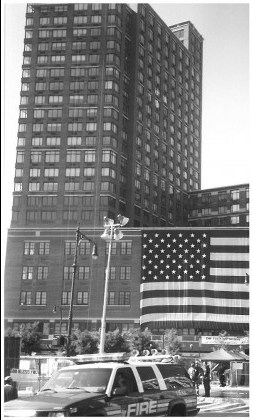 I didn’t get much done that day at work. I remember a man coming in on a quick break, just needing to grab something quick for the kids that night. He was aware, but hadn’t seen any footage. Steps inside the door he saw I was fixated on the TV, and took a quick look. And we watched together, in complete silence and disbelief. I’m not sure how long we stood there, but next thing I know, he shook himself out of the shock as he realized the time, and he needed to run. He didn’t even grab a movie.

As the day went on, there were more of those moments. By late afternoon, people were coming in to get something for the kids to watch so they wouldn’t be watching the sad footage. It was either that, or they were getting a movie for themselves, as they couldn’t watch any more. It was too painful.

There wouldn’t be a trip the next day. The conference was postponed. And the thought hit: if this happened a day or two later, I could’ve been in NYC as this all went down. I could’ve been in the middle of the chaos. I could’ve been stranded on the island, as all flights were canceled for days. How eerie that was, looking up and not seeing a plane in the sky, especially in the Chicago suburbs. 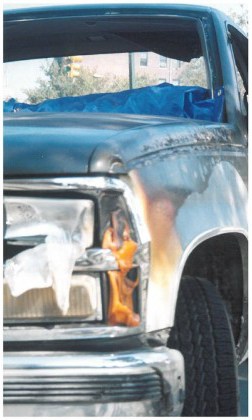 One month later, to the day, I did get to go to NYC, as the conference was rescheduled. Not many attended. I couldn’t blame them.  Getting on a plane was nerve-wracking enough, let alone a plane to NYC. Sure, I was courageous, but I couldn’t blame those who just couldn’t do it.  What was normally a fairly wild conference was now rather subdued. And I remember heading towards ground zero, which was eerily quiet, in the middle of a busy, loud city. There was still dust. There were dump trucks lined up everywhere, waiting their turn to haul away debris. I came across a face mask left discarded in the middle of a sidewalk. It was odd, and a reminder of just how tragic and chaotic everything was. (The irony of what that same style mask means 20 years later.) I remember my phone rang while we were down there. It was my girlfriend asking how things were. I remember being so annoyed. I can’t talk right now. It didn’t feel right.  You don’t talk on your phone at a…  memorial.  That’s what this area of town was now.

We eventually came across a Firehouse where they lost almost everyone. And there was a truck that was parked a bit away from the tower when it fell. The front headlight had melted.

I will never forget.

In the same aspect, I will also NEVER forget how we stood as a country UNITED for the days following Sept. 11.  We were the true UNITED States of America. To be THAT country again, but not in a time of despair and grief… I’d love to feel that again.

We all have a 9/11 story. What is yours?  Please share below. We will NOT forget. 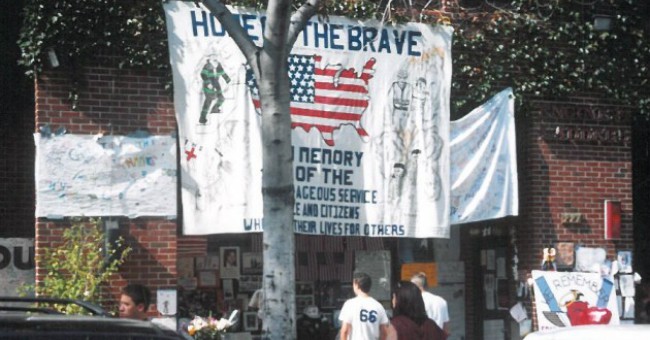