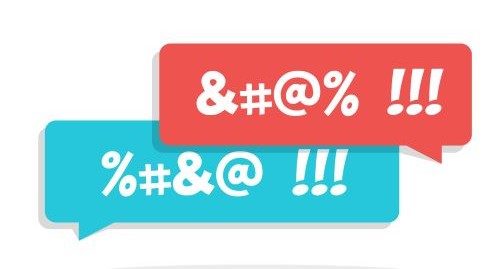 There’s a New Show About Cuss Words Coming to Netflix

And it’s hosted by Nick Cage

I don’t know about you but I’m already hooked. Have you ever thrown out a swear word and then wondered where the word came from? Like who was the person to stub their toe and scream out “*&$@#^#!!!!”? or whose idea was it to string those bad words together? Well Nick Cage has the answers. Because of course he does. There’s a new show coming to Netflix in January that’s going to answer all of those questions for us!

The History of Swear Words will hit Netflix on January 5th and it’ll include pop culture usage AND origin stories of some of your favorite cuss words. Nicholas cage will host the show and feature several celebrity cameos like Sarah Silverman, Nikki Glaser, and Nick Offerman.

The Docuseries is set to have 6 episodes and each one will detail a specific word. I’m not going to go into specifics but if you want to know which ones, click here. I will probably binge this show on day one. Will you be watching with me?

Previous Best Christmas Light Displays in Mid-Missouri!
Next FINALLY! A trailer for the new Mighty Ducks