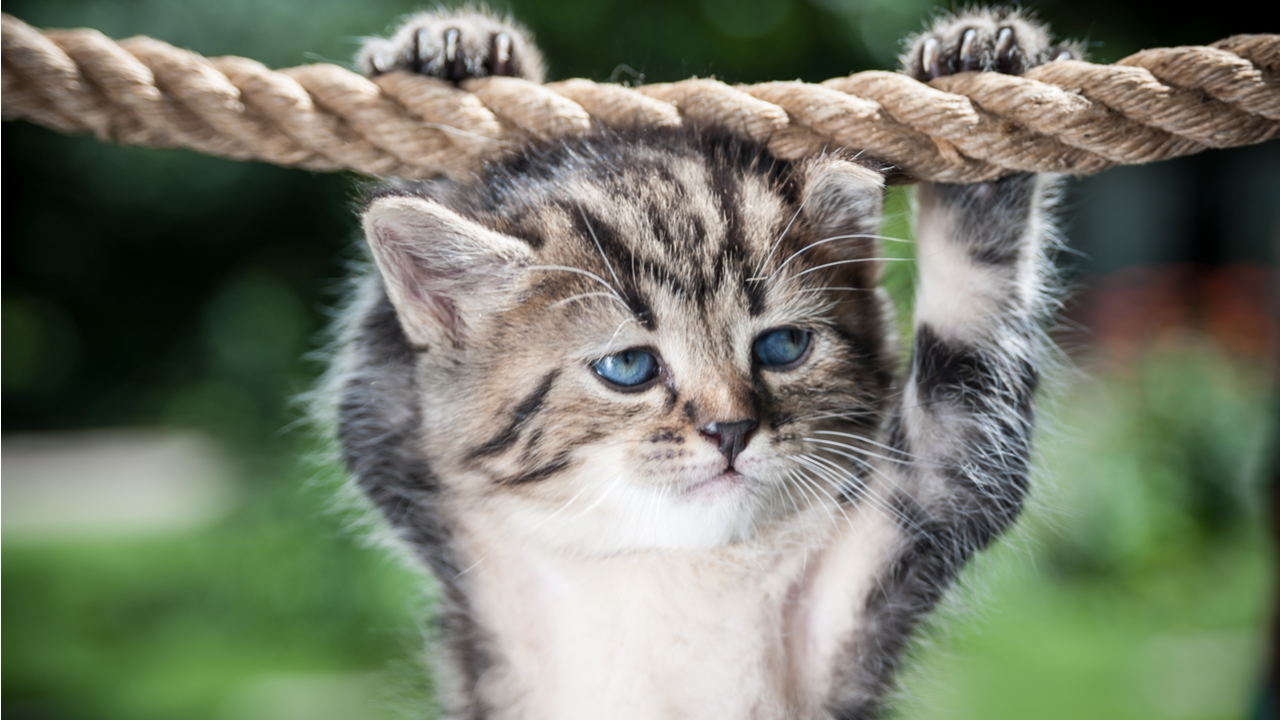 In a game between the Miami Hurricanes and Appalachian State, somehow a cat got into the stadium and found himself in quite the predicament. Fans noticed something dangling from the banner hanging off the upper deck! It didn’t take long for them to realize it was a cat, grasping it’s claws for life onto the banner inside Hard Rock Stadium! Oh no, Mufasa!!

The cat was too far down for the fans above to grab, so the fans below were on deck to figure out how to rescue the cat safely! Craig Cromer and his wife Kimberly were sitting in the seats below. They looked around and found a flag hanging off their section, so they removed the ties securing it to the rail and recruited other people in the seats to hold it out like a life net a firefighter would use. The cat’s paws were slipping, soon it was only hanging on by one set of claws, and then the dreaded moment happened. The cat dropped into the crowd, bounced off the flag, and into the student section below, where it was caught. The student below raised the cat over the head in a very Simba-presenting type way!

If you want to SEE it, someone took a video of the whole situation! See that here!

Previous Meet The New Bachelor With Mizzou Ties
Next We Love New Music!