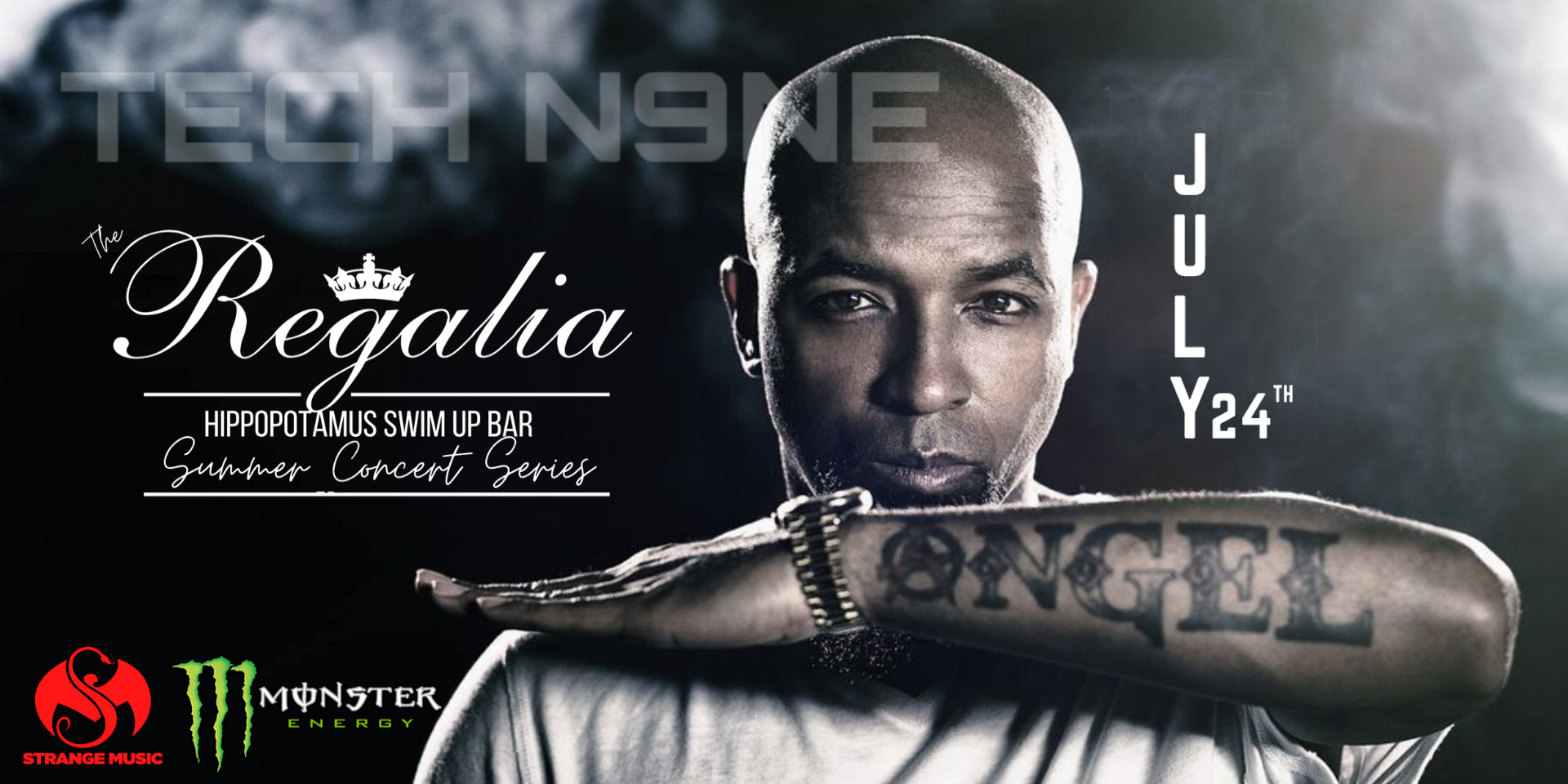 There is NOTHING like a Tech N9ne show! It’s always a packed house.  Now amplify that at Tech N9ne heads to the Lake this month to play at the world’s most bad-ass concert venue: the HUGE Hippopotamus SWIM-UP BAR at the Regalia Hotel and Conference Center.  How can you beat that

HUGE swim-up bar, 40,000 square foot pool deck, 3 HUGE video screens, a VIP section, and Private cabanas.  They even have a fireworks show every Friday and Saturday night there!

Tickets are on sale right now for the 21+ show. Get them here before they sell out!

Of course, you’ll have the chance to win them with us all week.  Join Kristin each afternoon to play “Say What?!?” She’ll give you a group of words.  If you can figure out the phrase she’s trying to say, you’ll win the tickets.  For example: If she says “Ease Ace Life Ox”, you might notice it sounds a lot like she’s saying “He’s a sly fox”!  Get it?

But even better: Become a YVIP for FREE for the exclusive opportunity to win a Cabana Party for 10 with Drinks (a $500 value)!  Sign up to become a YVIP here today, and be watching your inbox.

ARTIST BIO :
Tech N9ne is an American rapper, singer, songwriter, record producer, actor, and entrepreneur. In 1999, he and business partner Travis O’Guin founded the record label Strange Music. He has sold over two million albums and has had his music featured in film, television, and video games.
————————————
REGALIA
The Regalia is a hotel, conference center, and concert venue in Lake Ozark, MO. This facility features a large festival sized concert stage outside next to the largest swim up bar in the Midwest. There is a capacity of 2500 people for outdoor summertime concerts. The Regalia also features 82 hotel rooms, 2 restaurants, 4 bars, indoor swimming pool, fitness center, conference center, and plenty of free parking next to the venue.
573-723-3000
https://theregaliahotel.com/
https://www.facebook.com/regalia250
Share