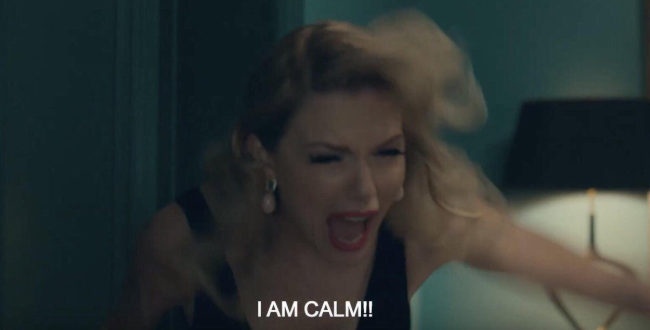 Yesterday, Taylor Swift announced she’d be on Instagram Live today, catching us up on “stuff… and things…”. Did she ever!  We now know a new single, the album title and release, and so much more!

Tonight at midnight, Taylor will be launching her next single, “You Need to Calm Down”.  This confirms one of the Easter egg theories from the ME! video. Right at the beginning, before she storms out of the room, it’s the EXACT statement Brendon says to her. BOOM!

As for the video, we need to wait until Monday, when she releases it on Good Morning America. She wanted to give her fans the weekend to just absorb the new song.

She then went on to talk about the album. And many of you were right!

It’ll be called “Lover”, as shown in the Me! music video.

As for when the album drops, lets go to true Taylor magic:  8/23 (as in 8+2+3=13).  As previously stated, it’ll be her longest album, with 18 tracks. Preorders have already begun. In fact, itunes released the info a bit early, including the cover art.

But she wasn’t done. In true Taylor form, she’ll have not just the basic album, but also 4 DELUXE editions, available through Target, featuring some additional tracks from the recording sessions.

Man oh man. That was A LOT!  Now, we just need to calm down.

Oh, and nothing about a Katy Perry collab, YET! (Although SOMEONE on wiki thinks it’s still happening)