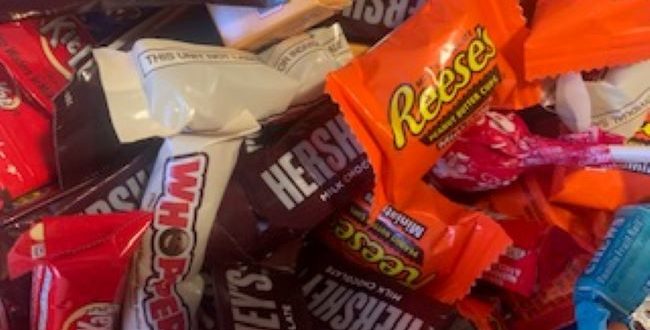 The top 5 most UNDERrated Halloween candies

Let’s face it, not all Halloween candies are created equal

I guess they can’t all be Reese’s pumpkins. But they also aren’t all Good n Plenty either (thank god because those taste like poison.)  Some candies tend to get overshadowed by the big name candies, so today I wanna talk about the most UNDERrated candies of the season!

Probably the most popular candy on this list but I had to add it because I just don’t think these get NEARLY the credit they deserve. Mounds are fine too but the Almond on top just does it for me.

First of all, I didn’t know these were called that. Second, That name is super misleading because the vanilla ones are where it’s at; tastes like cookie dough!

I mean yeah there were those rumors that a kid died from eating them…but that just made these EVEN COOLER! They tasted good, they fizz in your mouth, and they just made you feel cool. Sidenote: remember when you and your friends would put them in your mouth and open up so everyone could hear the fizz? That was the sound of your own spit…popping in your mouth…marinate on that for a bit.

Except for the green ones. Forget those guys.

Also had no idea this was their real name. It’s those peanut butter taffies with the orange and black wrappers. This one’s pretty controversial…I guess they’re a “love it or hate it” kind of a thing but I LOVE THEM! They’re like if peanut butter could be gum!

What are the candies YOU think are horribly underrated? Let me know in the comments!