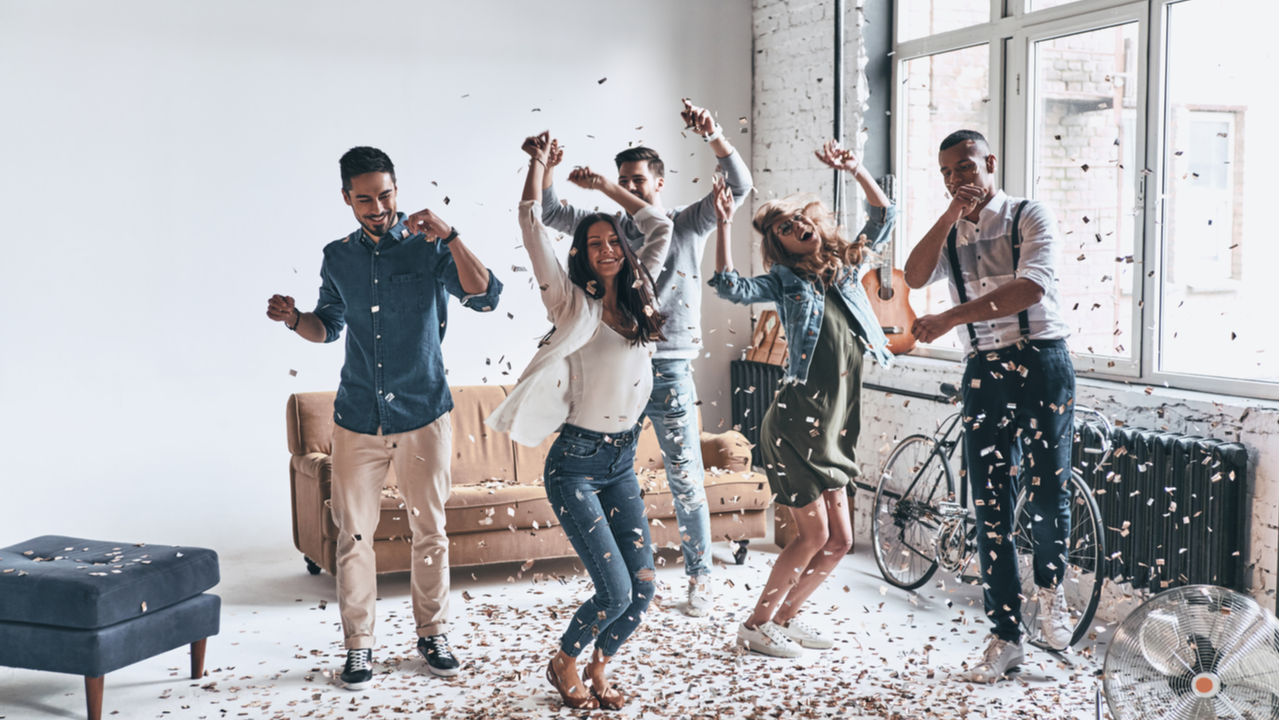 If you need a smile, look no further!

A street performance group in New York City called Improve Everywhere decided to get people to dance and have a good time! They placed a big yellow circle with two footprints that said “Stand here for dance party.” The yellow circle was easy to ignore because it looked like the standard 6-foot distance indicators we’ve all come to expect out and about, but for those who actually read it, most were amused by it. Many pictures were taken, but if someone actually stood on the foot prints, a dance party would break out!

People who looked like average New Yorkers, reading a paper, watching from the sidelines, soon joined in, as they were part of the group. Fun was had many times over, and it made anyone who was around to hear the startling blast of music walked away with a huge smile on their face! Check out the video here!

Previous Firefighters Rescued a Dog Missing for Five Days
Next Halsey Has Her Baby!!!