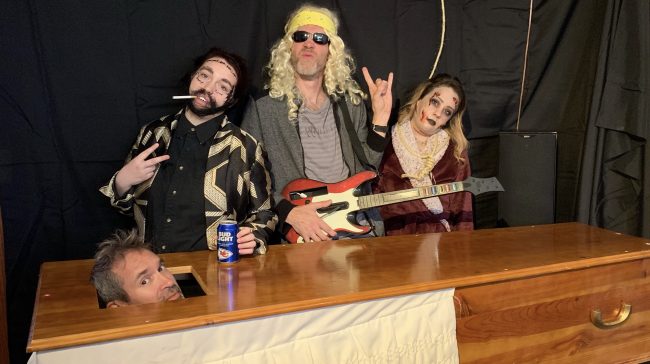 I would have to say, itchy and smelly…

For Halloween this year I decided I would dress up like the love of my life: Post Malone.  What I didn’t know was the price I would pay. I am pretty positive I used too much glue on my face trying to keep the beard up. On top of that, the beard smelled like brownies. Now don’t get me wrong, I love brownies! But I don’t think a beard should smell like them. 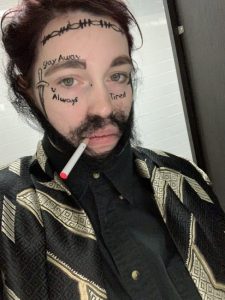 It gets worse! The grill in my mouth was digging into my upper lip the entire day at. The clothes I bought from a thrift store I didn’t have time to clean, so they smelled like a dead animal. And you know when you have makeup on your face and you try really hard not to itch it, yet for some reason, your face itches more than normal? That was me the entire day, trying to keep the eyeliner-drawn tattoos on my face.

I would have to say being Post Malone for a day was not what I was expecting. I was hoping everyone would want to take pictures with me to fool their friends that they met a celebrity. Instead, I was constantly told my beard was freaking people out.

So my advice to you: if you ever plan to be Post Malone for the day, DON’T. Unless you want to smell and be itchy.

Previous Sour Patch Kids Cereal Is A Thing
Next NYP-BSB