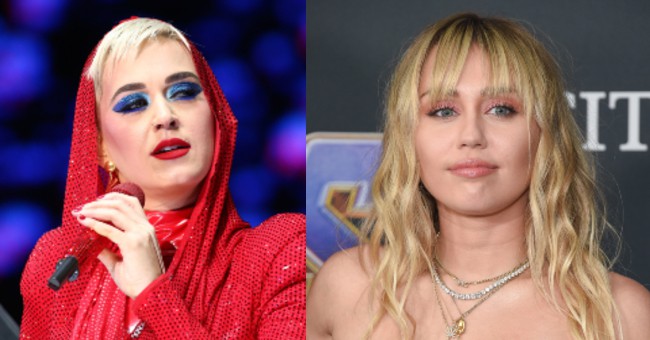 Ed Sheeran w/Justin Bieber. Daddy Yankee w/Katy Perry. Jonas Brothers. Shawn Mendes. BTS w/Halsey. Taylor Swift. DJ Khaled. Halsey solo. Ed Sheeran AGAIN! The battle for the sought after “Song for Summer” rages on with another new release from a major artist each Friday for the last two months it seems. This week, we get TWO.

A couple weeks ago, Miley teased #SheIsComing. A week later, she added the date of May 30th. She’s also been teasing that she played new music for some record and radio execs and they loved it. This weekend, not only did we get the album (or EP?) cover, we also got some disturbing videos of Miley eating various fruits in a, well provocative manner.

Then, over the weekend, she played BBC Radio 1’s Big Weekend festival, and debuting 3 new songs believed to be named “Cattitude”, “Mother’s Daughter”, and “D.R.E.A.M (Drugs Ruled Everything Around Me)”. Further internet digging shows the EP will also include additional songs “The Most”, “Unholy” and “Party Up the Street” f. Swae Lee, which will be the lead single according to wikipedia. “Cattitude” however spawned a Twitter explosion of the weekend keeping Miley at the forefront of all controversy, as she does so well.

She might have to save some “Cattitude” for someone else though, as Friday we now know we’ll also get new music from…

The question again goes, is this a new single or an album?  Guess we’ll just have to wait out this shortened week.

Previous Tornado Aftermath: How To Help
Next Would you listen to an all-male version of ‘Lady Marmalade?’