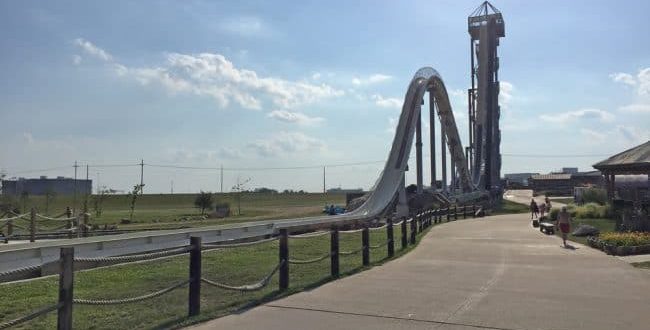 The re-opening of Schlitterbahn, a popular Kansas City water park where a 10-year-old boy was killed in 2016, still remains a mystery.

The Schlitterbahn is a ghost town now, but normally would be re-opening around Memorial Day. However, the park has been fairly quiet on social media. They haven’t even been publicly hiring lifeguards.  They’ve also quietly been removed from a Kansas City attractions website.

No matter what the next move is for Schlitterbahn, there is always going to be a dark cloud over the water park. In a story that shocked the country, Caleb Schwab was beheaded when his raft on the Verruckt slide went airborne.

The Verruckt slide was immediately closed but the water park still tried to draw a crowd. Last year, the owners had to borrow money just to stay in business.

Officials believe the owners will try to sell the park and have it re-branded. However, no one truly knows what their next move is. One thing is for certain, the memory of Caleb Schwab will live on for years to come.