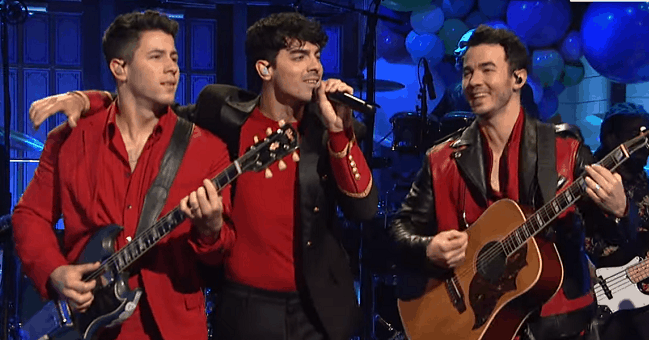 The Jonas Brothers are back in a big way, and made a HUGE return to the SNL stage.  Not only did they kill it by having a completely fan-girling Emma Thompson introduce them, and then play on what might have been the most fun stage set-up all season, they provided a bonus for fans.

They first jammed out on their smash return single “Sucker”…

Then returned with “Cool.”  However, as cool ended, Nick called for the “Throwback”, and they launched into “Burnin’ Up.”

But that’s not all we got from the boys.  They were of course part of a sketch, showing up on “Judge Court”, maybe giving a tease of the Throwback song that was coming up?

And if you were hoping to see them in STL or KC, both shows have pretty much SOLD OUT!  Fingers crossed they add more dates locally, but it doesn’t look hopeful.