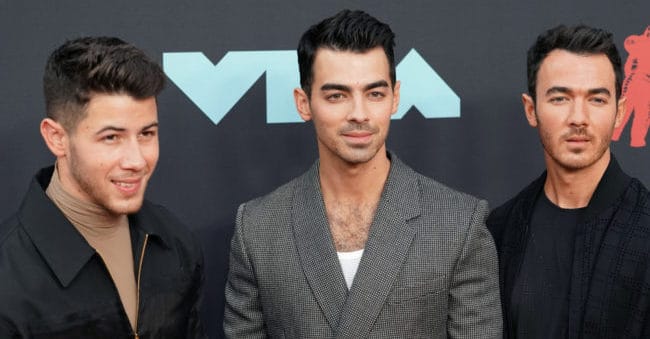 Jonas Brothers Beer? It’s About To Be A Thing

The Jonas Brothers are feeling on top of the world. So much so, they’ve decided to put their faces on the side of a mountain. Just check the label of Limited Edition Coors Light bottles come November.

The brothers have been big fans of the brew for quite some time. Not only did they feature the beer in their Only Human video, Joe also had custom labeled Coors at his wedding. So when the brothers were in Colorado for their Happiness Begins tour, the brewery invited them over. The ideas started flowing, as did the brews we’re sure, and next thing you know, a custom label and brew is born.

The limited edition 6 packs will be hitting shelves Mid-November, while they last. However, they’ll only be in Boston, Philadelphia, Chicago, Nashville and Tampa. If you’re feeling left out in Columbia, just remember their home state of Jersey won’t even be getting them.

Previous Warning: TSA may stop you for Flamin’ Hot Cheetos
Next Here’s what we can’t wait to see on Disney +