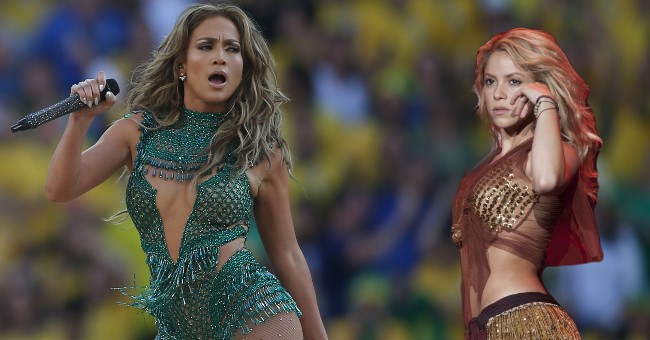 The 5 Best J-Lo Songs Ever!

Have we forgotten one important thing about Sunday’s game? Ummm, J-LO!?!?!

SUPER Sunday is just days away, and you can’t deny the excitement in Missouri as we prep for our Chiefs to take the field.  Everyone is planning for the perfect food to serve. Then there’s the typical buzz about the commercials. However, for the first time in as long as I can remember, I don’t feel like anyone is talking about the halftime show. Have we forgotten that J-Lo and Shakira will be taking the stage in what will be a guaranteed high energy showcase?

I can honestly say, I’m not as excited as I was in previous years. Not knocking either of these uber talented ladies, but it’s just not the caliber I was hoping the NFL would announce months ago as ROC Nation/Jay-Z took control of all music events for the NFL.  That being said, you know these ladies will kill it, although apparently it’ll be like 2 separate shows, as opposed to a true on collab. Headscratcher.

Anyways, let’s get this hype started with the 5 best J-Lo songs of all time. (Here’s to hoping she has each of these in her performance).

Back in 2000, it was the single that launched her Sophomore namesake album, J-Lo, at a time when Lopez was dating Sean Combs, or P Diddy, or Puff Daddy, or whatever you want to call him. They broke up shortly after it’s release. Was he the materialistic man she’s singing about, or was it that incident the month before the release that caused the split? Or was it that she started a fling with back-up dancer Chris Judd (who she later married)?

If we’re being honest, I’ve always thought of this song as a bit cheesy and self-indulgent. But, it’s fun. And talk about a branding catch-phrase.  I think almost every Jenny I know has used it at some point in her life.

It may not have been her biggest hit by any means, but talk about an earworm. And Mr. 305 himself. All I can say is if she plays this during the show, and she better,  she better bring Pitbull out. He IS Miami after all.

How could you not love her debut single, the song that put her on the map, taking her from “Fly Girl”/movie star to a Pop sensation in June of 1999. What you may not have know, the song was originally written for MICHAEL JACKSON! Could you imagine? Good thing they decided it’d be better for a female singer.

THIS is the first song I think of when I think of J-Lo. EVERY club has this banging not long after it dropped just short of the millennium turn. Surprisingly, it would NOT be a #1 hit for J-Lo, but who really cares. Funny thing is, early on in demo form, J-Lo HATED the track, feeling it was way too cheesy. (Really, but Jenny from the Block wasn’t?)  I guess it’s a good thing they reworked it.

What do you think?  What songs should/should not have been on this list?

Let’s not forget Shakira though, as the other half of the show. Don’t forget to throw these on your party playlist too!

Previous THE TOP 5 MID-MO “MUST HAVES” FOR VALENTINE’S DAY
Next The Bachelor for Senior Citizens Coming Soon?