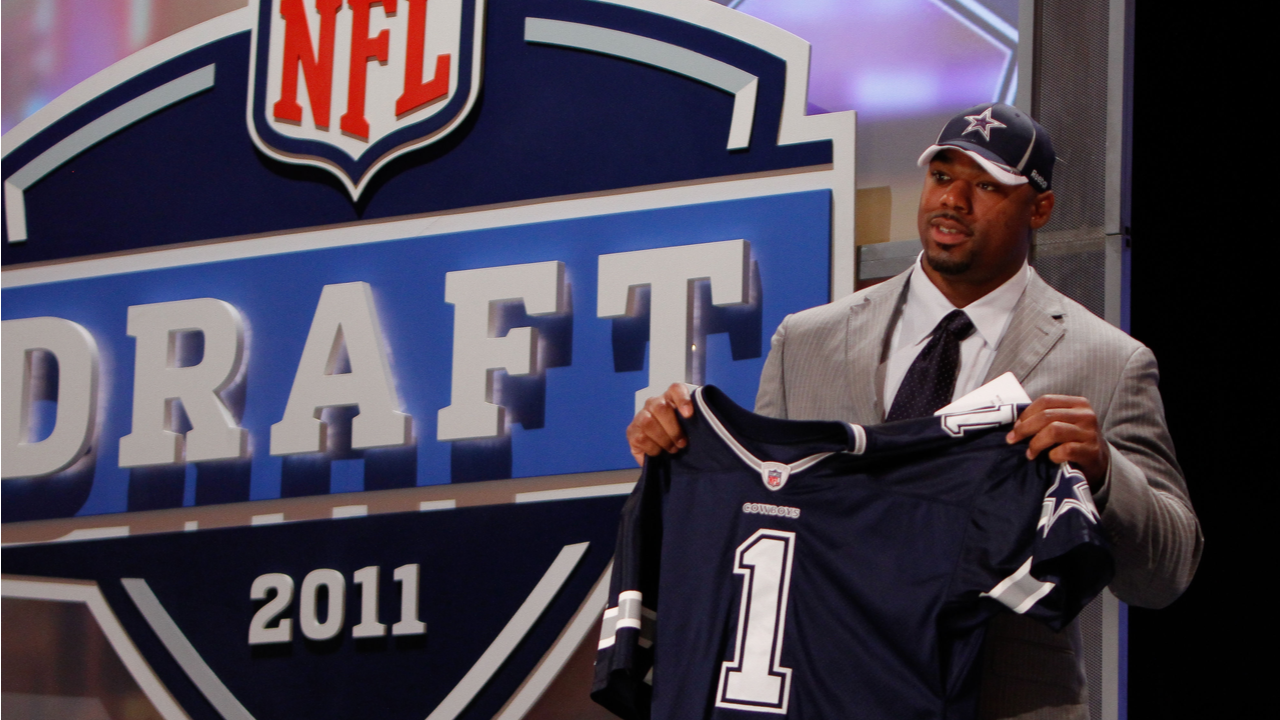 It’s Football Draft Weekend, How Do They Get the Jerseys Made So Fast?

For football fans, the four-day draft event on ESPN can signal hope! It’s when collegiate players who have worked hard to play well and be noticed have their shot at the big time, and NFL teams that have been pretty terrible can turn a franchise around!

While the first picks of the draft are usually known ahead of time, there have been some dramatic moments and shocking picks over the years, so no rumor is ever set in stone. Plus, when teams can trade future picks to move up and nab a player, how can new players take pictures with a personalized team jersey just moments after the pick is announced?

The answer is that it takes a lot of prep work and some quick movements backstage. This TikTok explains:

@cbssportsPlayers getting a jersey with their name on it is one of the coolest additions to the NFL Draft. #fyp #foryoupage #foryou #nfl #nfldraft♬ original sound – CBS Sports

Stahl’s, a brand of heat press, has been on site at the draft for years! Here’s a little more information about the behind-the-scenes process!

The Kansas City Chiefs did not take any players night one, since they had traded their first round pick to the Baltimore Ravens for Orlando Brown Jr, but tonight they have TWO picks, so will this help lead the team to their third straight Super Bowl? Only time will tell! Enjoy Draft Night 2!

Previous Dexter S9 Has a Teaser, This is Not a Drill!
Next 8 Great Mother’s Day Gift Ideas