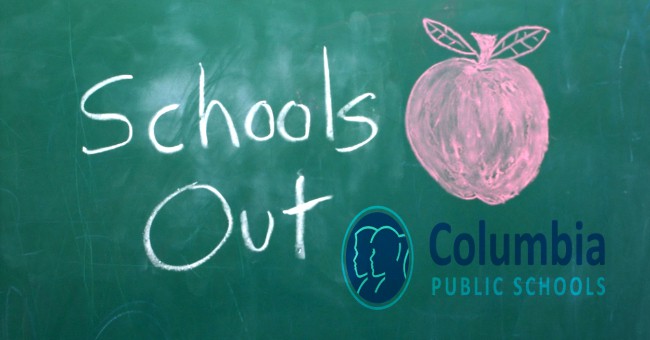 Snow Days Cause Perfect End For 2019 School Year in Columbia

It’s been a rough winter. Understatement we know. But how did all the snow days effect the school year, and will classes continue into June?  We now know the answer, and it’s better than we thought.

Many parents have been asking the above question for weeks now. With Spring officially approaching in less than 48 hours, and the snow fully behind us, (hopefully… knock on wood), Columbia Public Schools felt comfortable to make an official decision.

Each year, snow days are added into the calendar. If they were all used THIS year, the last day of school would have been May 29th, with that being a half day. However, though it seemed like there were more, only 5 of the 6 planned days were used, meaning the last day would be May 28th. Being that it would be an early dismissal day, the day after Memorial Day, the school decided that would be a little ridiculous.

Wednesday, April 10 will be a FULL DAY of school.  The day had previously been scheduled as an early release day for teacher collaboration.

That mean Friday, May 24 will be the LAST DAY of the school year. Sure, it’ll be a full day. But a final day on a Friday, leading into the holiday weekend…  it’s WAAAAYYY better than we were expecting.