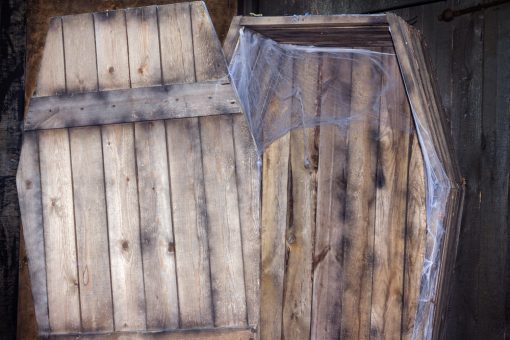 Were you hoping to spend this weekend catching up on some sleep in a coffin at Six Flags? Hope you’re not from Missouri.

Earlier today, Six Flags St. Louis announced who will be doing the 30-hour coffin challenge this weekend.  They received a ridiculous 45,000+ applications and somehow narrowed it down to the final six. Did you make the final cut? Probably not since they only selected one person from Missouri: Brian Johnson from Arnold, MO. So you’re telling me that only one person from Missouri was “qualified” for the challenge?

Brian joins Keith Richter of Tennessee, Matt Daley of Kansas, Stevi Rogers of Indiana, Olivia Crabtree and Stacey Wagner of Illinois, who will be spending most of their weekend inside a closed-in coffin. Considering the winners of the challenge get a season pass for next year, you’re telling me Keith will drive over 4 hours every weekend to enjoy the park? Stevi lives six hours away!  Tell me how this is fair? I’m sure there is more than just one person from Missouri who is qualified for this challenge, right?

But then again, when you do a little research on what these individuals do for a living, it makes a little more sense why they were picked. Stacey has enjoyed working in the funeral business since she was sixteen. Stevi is obsessed with the lifestyle of vampires. Matt drives a funeral coach. Keith is a Navy vet who lived on a sub. Olivia is studying forensic science. Hey, I took a forensic science class in college and passed with a C.  does that count for anything? Apparently not. I think they messed up when they decided on the final six because where is the Missouri love? One person? Not cool.

Quick reminder on what they’re getting into. Six Flags will give them six minutes each hour for a bathroom break. (Thankfully they don’t have to go in the coffin. EWW!) And they are allowed limited time on their phones, so they’re not just staring at the sky. BORING! And if they last, they get $300 with that season pass.

Meet our Coffin Dwellers! Please join us for their "Laying to Rest" ceremony at 1pm on Saturday, October 13 in Palace Gardens.