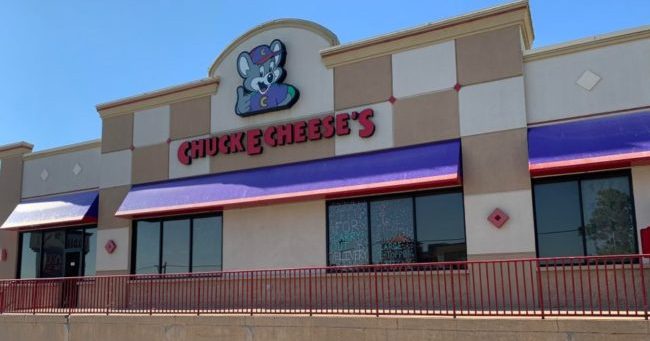 Looks like you now have one less option for kid’s birthday parties.  Chuck E Cheese in Columbia has closed for good.

Confirmed by a former employee, Chuck E Cheese’s last day of business was Tuesday, June 16th. As you drove past yesterday, you might have even seen the UHaul truck parked in front.  Chuck E Cheese joins a sadly growing list of businesses claimed by COVID-19 in our area. The list also includes Ruby Tuesday and Pier One, mere neighbors to the big mouse.

The company announced just days ago they were filing for bankruptcy.  However, we didn’t expect this closure coming so soon. Until recently, they’ve at least been selling their pizzas (although some secretly), and even doing family party packs for in home celebrations. But all that is done.

By the way, we have yet to see anything official on the closure from corporate. We only have former employee confirmations. The store is listed as CLOSED on all sources, as it has been listed since March.

I think all of us have fond memories of celebrating a party with the “Big Cheese”, even if the animatronic characters left you with nightmares. For me, the biggest thing I’ll miss: the “Sketchbook” machine.  It’s enough that’d I’d be interested to see how much they’re selling that for (although I know I’ll never be able to afford it).

In case you’re wondering “What’s Next” for Chuck E. Cheese, TWITTER has you covered. It’s been trending actually, with fantastic responses.

Thankfully we now have Level Up in the vicinity to help out with kids parties, although without the lovable Chuck E. and his interactive parties.

Where’s your favorite go-to for kids parties in Columbia?