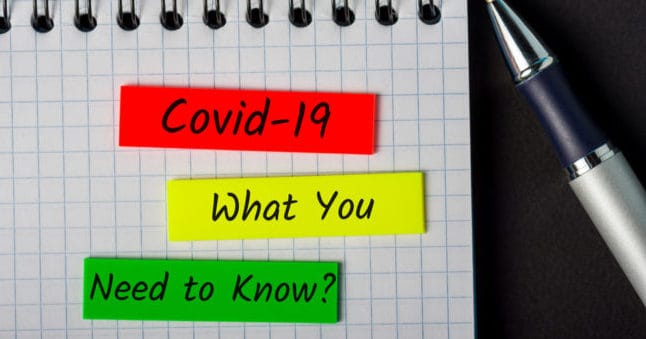 Changes to Mid-Mo With COVID-19 Concerns

With every passing hour, we seem to get more and more updates as to how we are proactively handling COVID-19 concerns. At times, it’s hard to keep up.  We’d even say it’s mentally taxing to keep up. So here’s the latest info we’ve heard that is impacting life in Mid-Missouri.

At first, the major cities like St. Louis and Kansas City were banning gathering of more than 1000. Over the weekend, that has changed significantly. In both Cole County and the City of Columbia, gatherings are now being limited to less than 50 people per CDC guidelines. However, Mayor Treece in Columbia would rather that number be less than 25 people. Meanwhile, President Trump would rather that number be 10 or less.

At this time, there have been Mid-Mo shut downs or curfews put in place like in other cities.  There are also no bans on dining in at restaurants being mandated, other than the max number of people in the building.

Stores are also proactively changing hours, allowing times to clean and restock. For example:  Aldi will be closing at 5 instead of 8p, and Walmart will no longer be open 24 hours for now, closing at 11p instead. Best thing to do before heading ANYWHERE at this point is to phone ahead.

We’ve been waiting to hear when schools will take action. Monday was the day for most across the area. Initial policy is to control who is in the school.  This put bans on parents going further than the office in most locations. The closings lists also started to grow on Monday. Here’s what we now know (subject to change at any time):

LEBANON – Classes are cancelled from Tuesday, March 17 through at least March 30.

ROLLA – Classes are cancelled from Tuesday, March 17 through at least April 5.

MU, Columbia College, and Lincoln University have decided to go to online classes for the rest of the semester.

WILLIAM WOODS UNIVERSITY – Spring commencement ceremonies, originally scheduled for Saturday, April 25, have been canceled. An alternate way of honoring seniors is being planned.

Additionally, MSHSAA has cancelled the State basketball tournaments. However, they have not made any changes to Spring sports at this time.

While many businesses are arranging for employees to work remotely, some are closing their lobby to the public, including our own studios. Many community locations are doing the same.

Many area churches went to online only services this past Sunday, and will continue that way until further notice.

Our local courts are ordering reduced case loads amongst other changes.

Part of the Truman Building in Jefferson City has also been closed.

Ragtag Cinema in Columbia will be closing through April 3.

The CDC is recommending an 8 week shutdown for gatherings over 50, which would extend the previously announced 30 day shutdown for most professional sports.

Overnight, one more individual has tested positive for COVID-19.

Missouri has tested 170 people for COVID-19.

As more test kits become available, we expect that number to rise. MU Health Care has confirmed they are expecting a spike in cases. They’re encouraging those with symptoms to use tele-services before actually going to an office or clinic.

We have assembled a fantastic list of COVID-19 related resources here. We highly encourage you to check the list, as it’ll most likely help confront a majority of your concerns.

In times of need, it's critical to know WHERE to get answers. We're here to help.

Additionally, we’ve posted a list comparing symptoms of COVID-19 vs. the flu and a cold.

Not a definitive list by any means, so be smart. But certainly helpful for some. #KeepCalm

We understand this news that more cases are coming is intimidating. Again, if you’re not feeling well, or concerned, practice social distancing, hand washing, and other proper sanitation procedures.

We remain committed to providing you music and entertainment as a distraction, while also providing the news you need in this new reality.  The most important thing we can encourage however is…

We’ll get through this together. Enjoy the time you have to catch up on the things you want to do around home. Spend the time with the kids, significant other, pets, Netflix, or a good book. We’ll be fine if we work together, follow guidelines, and Keep Calm!

Previous “Alexa, Play KTXY”
Next Keep in shape with these FREE At-Home Workouts