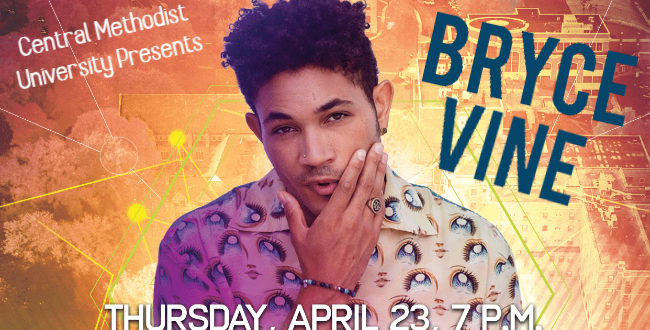 Y107 is excited to welcome Bryce Vine to the CMU campus Thursday, April 23rd. You don’t even have to be a CMU student to attend, although you do have to be 16+. Tickets are now on sale for just $15, so it’s definitely a show NOT to miss. The Y107 crew will all be out there as well!

After an unfortunate short stint on The Glee Project in 2011, Bryce committed to a full pursuit of music which blossomed with his smash breakthrough “Drew Barrymore” in 2017. It soared to the Top 15 at both Top 40 and Rhythm radio, earning more than 250 million streams and leading to performances on Late Night with Seth Meyers and the MTV VMAs pre-show. Additionally, Pepsi selected Bryce for their coveted “The Sound Drop” program. He self-released his debut EP Lazy Fair, racking up over 28million plays on breakout track “Sour Patch Kids” and attracting shared marquees with the likes of G-Eazy, Big Sean and Kyle. Bryce kicked off 2019 with a sold-out headline tour, featuring his next big hit, “La La Land” ft. YG. In true Bryce fashion, the song is a tongue in cheek, insta-ready, sing-a-long love letter to Los Angeles. Taking diverse influences from Third Eye Blind as well as J. Cole, you know you’re in for an earful at one of his shows. This is NOT one to be missed.