Y107 is excited to announce that Ariana Grande will be coming to St. Louis July 6th* or her Sweetener Tour, headed to the Enterprise Center.

* (The tour was originally scheduled for April, but was moved to July due to a Coachella scheduling conflict.)

Ariana Grande starts her World Tour in March and we can’t wait for her to bring her show close to us! As for when tickets go on sale, there’s been confusion. Ariana has been offering presale codes with merch purchases. But when the Nov. 1st presale was announced for American Express Cardholders only, concerned fans reached out to the singer. She in-turn, reached out to her mgmt team. Her management promised the fan merch presale code would be honored as well. 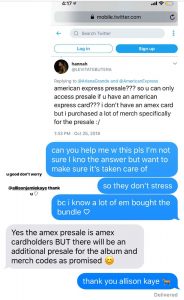 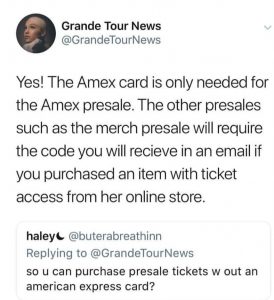 The general public on sale will begin November 5th.