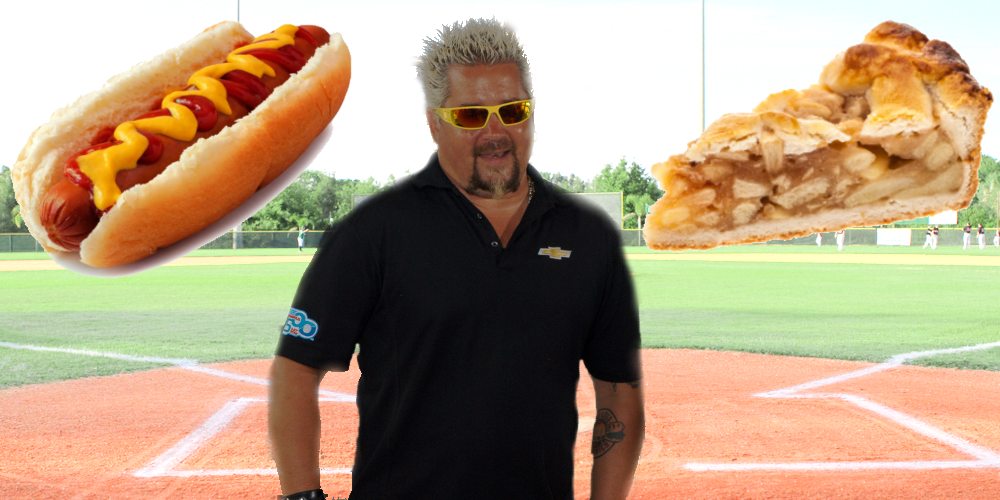 In the latest episode of “Would YOU Eat This: WHAT ARE THEY THINKING EDITION”, we’re confused.

Major League Baseball and Chevrolet wanted to come up with a unique food for the upcoming “Field of Dreams” game.  I don’t who was all involved, or what they were drinking when they decided on their big idea: combine hot dogs and Apple Pie, because nothing is more American than those when it comes to baseball.  I mean, I get their logic. But let’s think about that for a minute: Apple Pie + Hot Dogs???  Seriously, how could that EVER be a great idea.

But it wasn’t our problem to resolve. That was tasked to Guy Fieri. As a Chevy fan, he admits he was ecstatic when he saw Chevy was calling him.  But then they dropped this assignment in his lap, and his excitement went a bit sideways, admitting even he “flinched” at the idea.  I mean where would you even begin.

However, he was of course up for the challenge. What he came up with even has me, a serious skeptic on the collab, a bit curious. I MIGHT even be willing to try it. Maybe.

What’s your take.  Would you try it?  If you can’t make it to the game, Chevy has been gracious enough to share the recipe, in case you want to make it at home. As Fieri says, just think of it as “pork chops and apple sauce.”  (That does make it a little better to, ummm, digest.)

Some pro tips from those who have tried it:

Previous What Is The Most Popular Halloween Candy In Missouri?
Next 2021 Polar Plunge is Coming March 13th